Guru-dakṣiṇā is a very ancient fundamental tradition of the Sanātana-dharma religion. It is the disciple’s attempt to retribute the guru in some way for the time and energy he or she invests in the teaching process. The dakṣiṇā expresses the disciple’s deep recognition, appreciation, and respect for the guru over the service received.

It can be difficult to grasp the dakṣiṇā tradition without understanding the deep respect and devotion that exists within the master-disciple relationship. The work of the master goes far beyond instructing, teaching, or educating about some knowledge or discipline. The Sanātana-dharma religion considers gurus only those who have established themselves in the Self or Ultimate Reality and are able to transmit the Truth. The duty of masters is to help their disciples to transcend the egoic phenomenon.

The Western mind erroneously tends to compare the guru-disciple relationship with the teacher-student one, without understanding that the two are completely different. For disciples, their guru is more like a beloved relative than an instructor, guide, or pedagogue. In ancient classical India, the guru used to live with the disciples in the aśrām as a family group. The duty of the disciples is to offer guru-dakṣiṇā and the duty of the master is to accept it. Such offering is to reciprocate with respect, appreciation, and reverence for the service received from the guru.

One of the classic examples of Guru-dakṣiṇā is found in the Mahābhārata, in Ekalavya’s relationship with his master Droṇācārya. Ekalavya was a tribal boy passionate about the art of archery. He managed to master archery by learning from a sculpture he made of his master. Upon learning of what happened, Droṇācārya demanded Ekalavya to give him his thumb as Guru-dakṣiṇā. The disciple immediately cut off his thumb and gave it to his guru as dakṣiṇā.

The first syllable of the word dakṣiṇā is da, which Prajāpati prescribed to his three groups of sons, the devatās, the asuras, and the human beings. When they requested a mantra from him, Prajāpati asked each one to approach him separately and uttered the syllable da in their respective ears. Because each of them is under the control of a different guṇa, they heard different things. The devatās heard da or “self-control”; the human beings heard dān, or “giving”; and the asuras heard daya, or “compassion.” 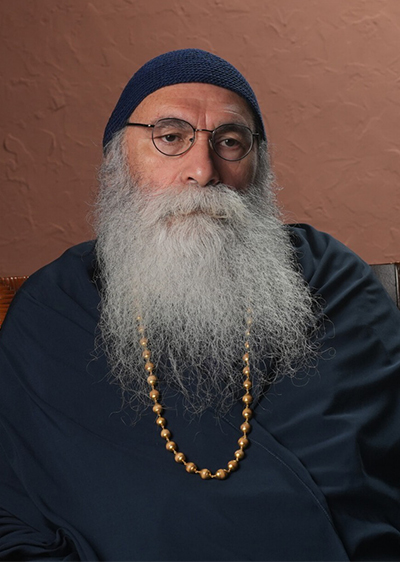