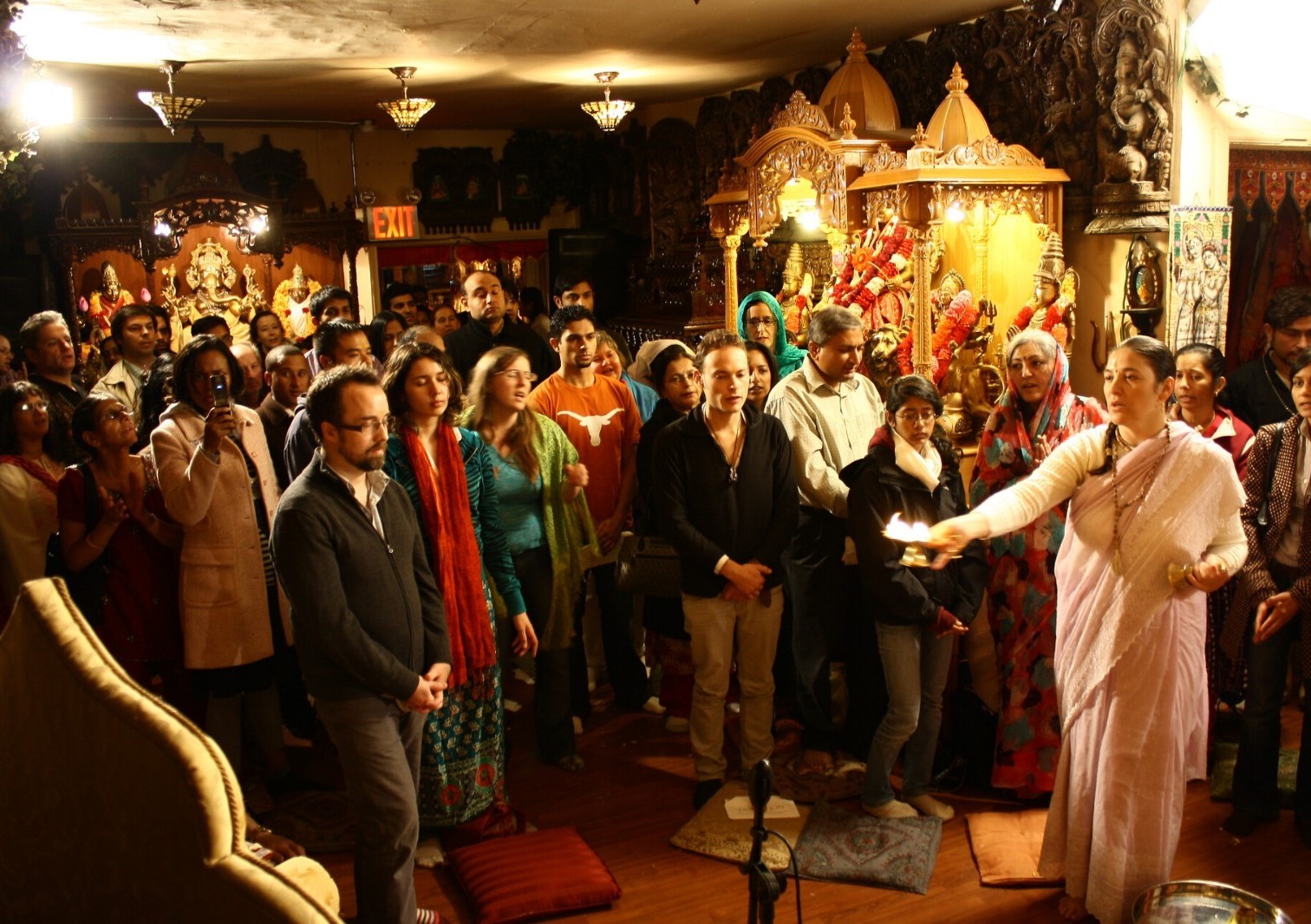 Hinduism, whose original name is Sanātana-dharma, “the eternal dharma” or “the eternal religion,” is the oldest living religion in the world. It constitutes a fusion and synthesis of various revelations both Vaidika and Tāntrika. It is not the result or product of the human mind. It does not have one founder, but it is the revelation of the ancient Vedic seer-sages that evolved with the teachings of different ṛṣis and avatāras over the generations.

Today, Hinduism is a global religion with adherents from practically every corner of the planet numbering 1140 million. It is a religion that does not restrict human freedom of thought or feeling. Neither does it limit freedom of faith or worship, nor does it force anyone to accept a particular dogma. It is a liberal and highly universal religion. Its attitude is inclusive, respecting all other religions.

Hinduism is a complex religion encompassing many movements and schools. It is an umbrella under which a wide variety of denominations are sheltered. Despite lacking a central religious establishment or a single authoritative structure, all the different schools and lines within Hinduism share basic fundamentals. One such pillar is a pluralistic attitude toward all religious paths. In its invocations, Hinduism does not show sectarian concern, but prays for universal well-being:

Its pluralistic attitude has contributed to the religious and spiritual freedom that we can observe within Hinduism, with its different traditions, deities, masters, and forms of worship. For Hinduism, it is a major mistake to consider one’s way as the only true and correct path to access the Truth, as this Vedic hymn states:

“Truth is one, the wise call it by many names.”

So much so that Hinduism accepts the existence of many different paths to approach the same single reality. Within the scope of the sanātana-dharma religion, we find six different classical views, or śad-darśanas or śat-śāstras. Each of these views possesses a different perspective about Truth and scripture in Hinduism.

The term darśana comes from the Sanskrit dṛś, “seeing or vision” and corresponds to different perspectives of the same reality. The darśanas are divided into three pairs of aphoristic compositions that explain the Vedic revelation with a method of rationalistic approach. These are: Nyāya and Vaiśeṣika, Sāmkhya and Yoga, and Mīmāṁsā and Vedānta. Each set of sūtras has its Bhāṣya, Vṛtti, Vārttika, Vyākhyāna or Ṭīkā and Ṭippaṇī.

Nyāya: Its founder was Gautama Ṛṣi, who devised the fundamental principles of the Hindu logical system. This system is considered a prerequisite for all philosophical inquiry. Its postulate is that the universe is a projection of divine selfhood through its illusory power, or māyā. To attain divinity, it is necessary to prepare for enlightenment through knowledge and reasoning.

Vaiśeṣika: It refers to the science of atomism and is a supplement to the Nyāya. The Vaiśeṣika-sūtras were composed by Kaṇāda Ṛṣi. The term vaiśeṣika means “differentiation.” It aspires to bliss through knowledge of that which transcends matter.

Sāmkhya: Sāmkhya means “enumeration.” This system founded by Kapila Muni resembles the Vaiśeṣika because it observes the elements of the universe and attempts to classify them. Its essence is dvaita, or “dualistic,” since it accepts two primordial natures that give rise to the universal manifestation: Puruṣa, or “spiritual,” and prakṛti, or “material.”

Yoga: It is complementary to the Sāmkhya. It was Patañjali Maharṣi who systematized yoga in his Yoga-sūtras. It is about the consciousness of union or fusion with the Whole. It proposes a purifying methodology in order to recognize this union, which includes various techniques of introspection and concentration.

The Purva Mīmāṁsā: The sage Jaimini, a disciple of Vyāsa, composed the sūtras of the Mīmāṁsā system based on the ritualistic section of the Vedas. This line investigates action and seeks bliss through the proper performance of dharma. It emphasizes the study of the Vedas, the saṁhitās, and the brāhmaṇas.

The Uttara Mīmāṁsā or Vedanta: The sage Bādarāyaṇa or Vyāsa composed the Vedānta-sūtra or Brahma-sūtra which expounds the Upanishadic teachings. This system includes dvaita, viśiṣṭādvaita, and advaita. Vedanta means the culmination or conclusion of the Vedas. It emphasizes the study of the upanishadic literature, or the final portion of the Vedas. It offers descriptions about the nature of the universe, the soul, and the transcendental reality, as well as the relationship between them.

“It whatever way men approach me, even so do I reward them; my path do men tread in all ways, O son of Pṛthā.” (Bhagavad Gita, 4.11) 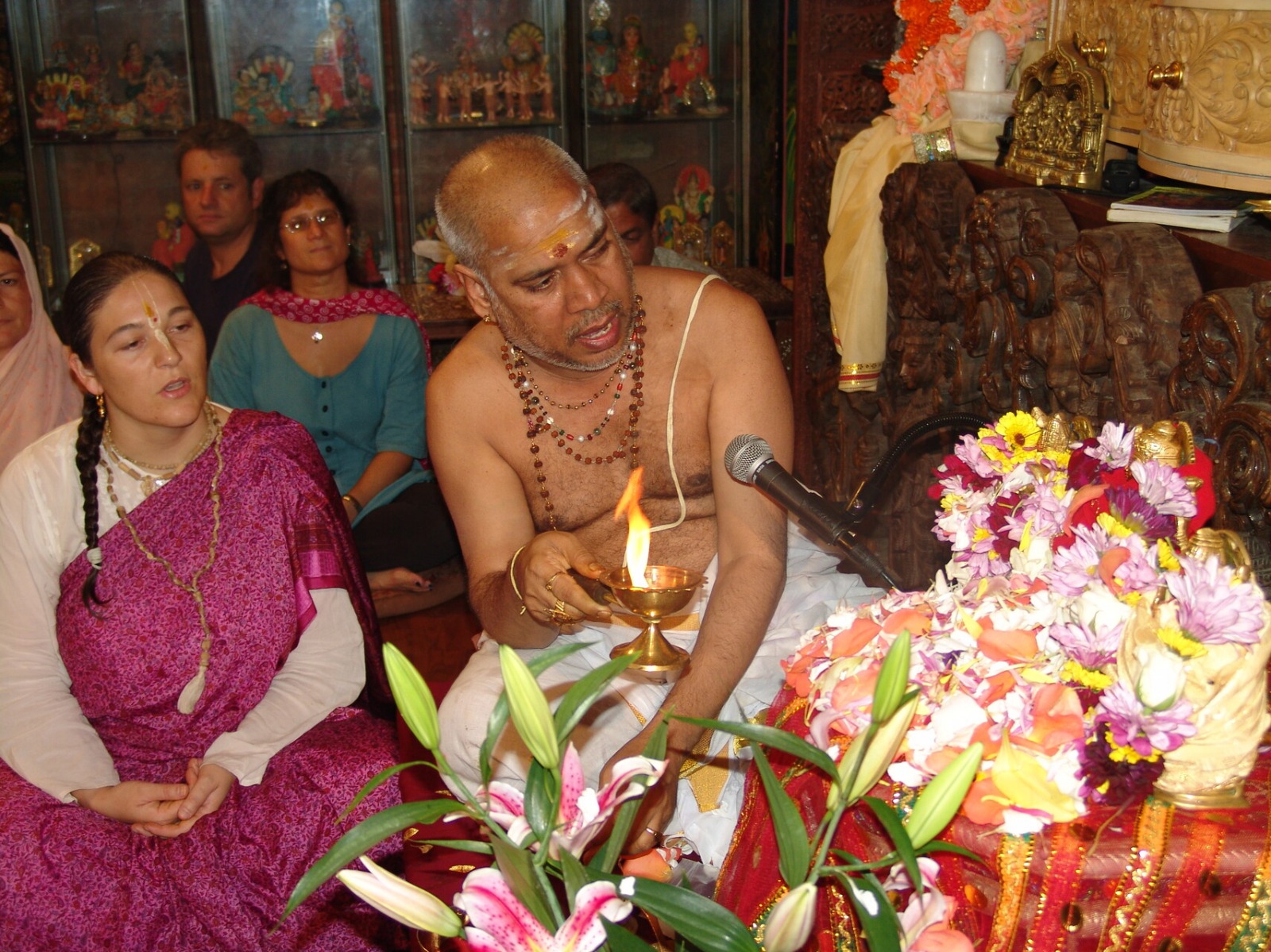 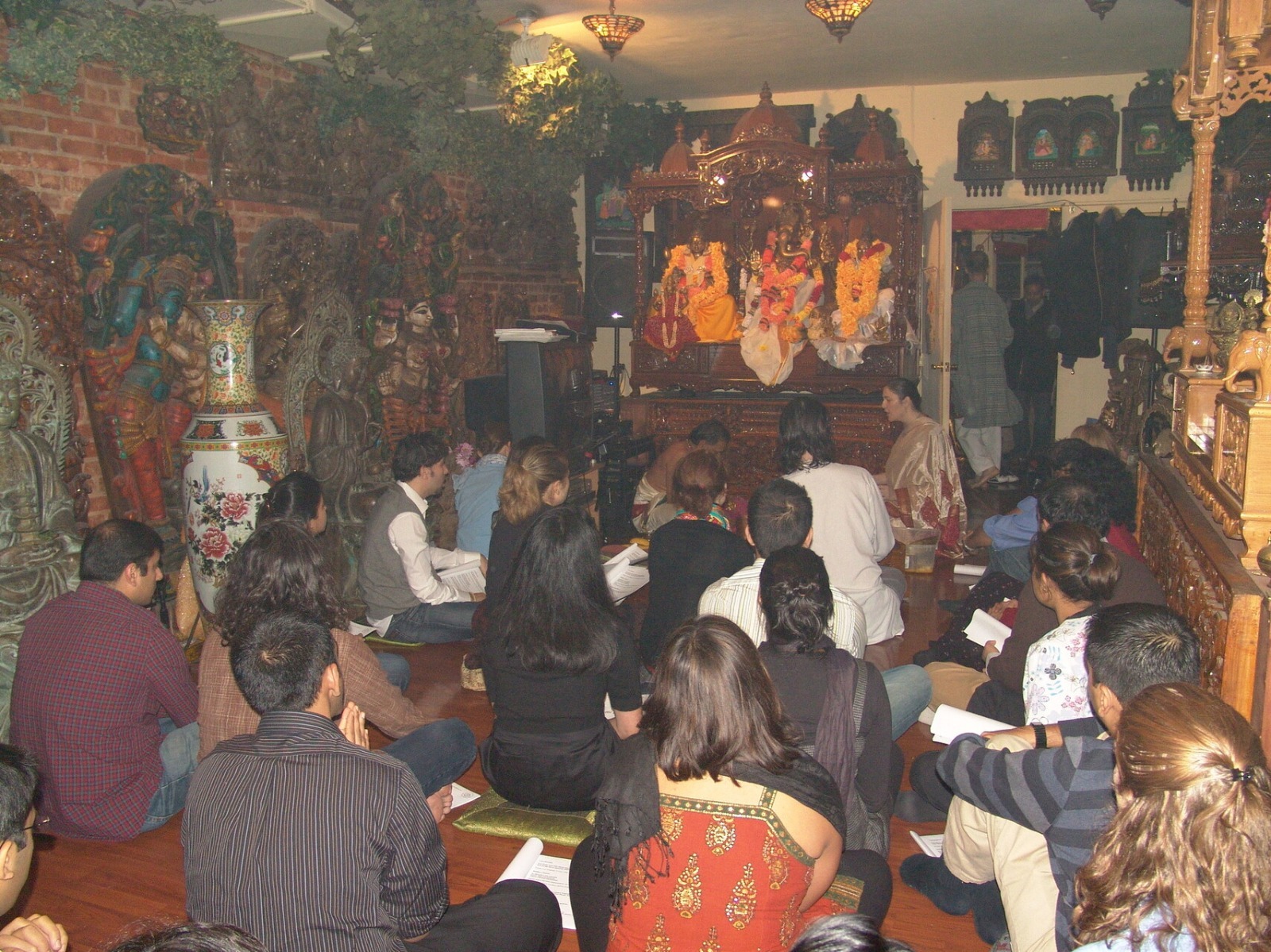